This browser is not actively supported anymore. For the best passle experience, we strongly recommend you upgrade your browser.
All Posts Subscribe
April 6, 2022 | 3 minutes read

Whilst we can all agree that the move towards renewable, carbon-free energy is key to the future of the planet, this move does leave economies dependent on fossil fuels and their production in a bit of a tricky position.

For example, it has been said that the Aberdeenshire economy has been hostage to the dollar price of a barrel of crude oil for decades. This, therefore, provides the dilemma: how do we successfully move away from oil and gas, without also leaving the Aberdeenshire and greater North East economies behind?

Promisingly, in recent years we have seen substantial investment in the Aberdeenshire and Moray areas, with various funding injections helping the just transition away from oil and gas, ensuring the economy of the North East is not crippled by the loss of the oil and gas industry. We only have to look at the decline of previously substantial UK industries, such as coal production in the 1980s, to see how the loss of an industry so fundamental to the economic health of a region can have disastrous consequences.

Thankfully though, the lessons of the past seem to have been heeded, and in Aberdeenshire alone, £3.2 billion of infrastructure projects have been successfully delivered since October 2017; helping to provide new economic opportunities and jobs within the region. On top of this, a further £12.33 billion is to be invested in the North East over the next decade, further helping the region successfully transition away from its dependency on the oil and gas industry. This foresight towards the end of oil and gas in Aberdeenshire is both refreshing and reassuring for the people of the North East, with the future looking very promising.

Twenty years ago, careers beyond the oil and gas industry seemed somewhat rare in Aberdeenshire. Now in 2022, we are seeing the rise of many exciting new industries in the region, as well as previously well-established industries taking a more prominent role in the economy. For example, 25% of Scotland’s food and drink is now produced within Aberdeenshire. Further, Aberdeen is establishing itself significantly within the life sciences sector, with the Foresterhill campus (currently under development) proposed to provide a world class centre for research and teaching. Further still, Aberdeenshire is also seeing significant growth in the digital technologies space.

In an interesting discussion hosted this week by Aberdeen and Grampian Chamber of Commerce and Richard Lochhead MSP (Minister for Just Transition, Employment and Fair Work), it was discussed how the latest injection of £500 million could be spent in further strengthening the future of the economy in the North East. As part of this discussion, ten parties were offered the opportunity to put their case forward as to how this funding should be spent, with the audience voting on how they would invest their £500 million. Admittedly, spending £500 million was not something I was overly accustomed to, contrary to what the student loans company may believe.

The ten areas into which potential investment was discussed were:

All were fascinating proposals with all parties putting forward a great case to be allocated at least a share of the £500 million funding pot. It was also excellent to see such diverse proposals, across a number of different industries.

It is events like this that demonstrate the foresight of the North East towards a future without oil and gas, whilst also showcasing the great potential of the region. It is also very refreshing to see such a proactive attitude being taken towards the future of the North East, while also being very reassuring for its citizens.

This further shows how the North East is looking to be a first mover in Scotland with respect to moving towards a fully decarbonised economy; with Scotland as a whole looking to be a first mover globally in the same vein. One of the most exciting aspects of Scotland taking such a proactive approach is that it is predicted that Scotland has the opportunity and capabilities to become one of the top three decarbonised economies in the world.

At the heart of the restructuring of the economy in the North East will be innovation, with new technology playing a key role in Aberdeenshire moving towards a decarbonised economy, beyond oil and gas. To make the most of all of the exciting innovation in this developing economy, it is important to correctly protect all intellectual property, and develop a business strategy around IP to maximise its potential.

The North East is looking to be a first mover in Scotland with respect to moving towards a fully decarbonised economy; with Scotland as a whole looking to be a first mover globally in the same vein. One of the most exciting aspects of Scotland taking such a proactive approach is that it is predicted that Scotland has the opportunity and capabilities to become one of the top three decarbonised economies in the world. 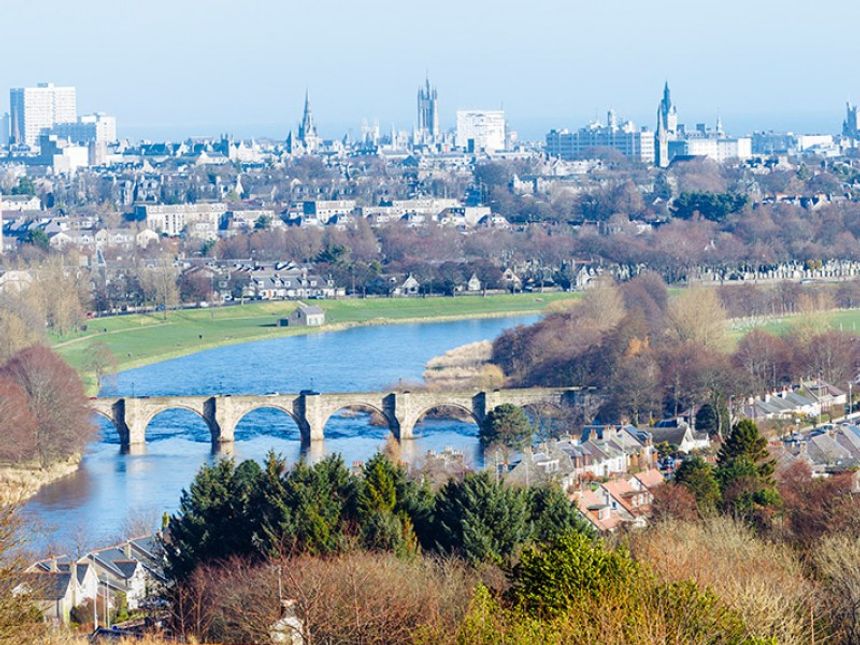