This browser is not actively supported anymore. For the best passle experience, we strongly recommend you upgrade your browser.
All Posts Subscribe
December 6, 2022 | 1 minute read

Throughout this autumn, Swedish company Minesto's Dragon 4 tidal energy kite has been quietly producing clean, predictable energy at Hestfjord in the Faroe Islands, according to an article by Offshore Energy.

Now, Minesto plans to install a second foundation so that two Dragon 4 tidal kites can work in parallel.  And Minesto's power plant, the 1.2MW Dragon 12, is undergoing factory acceptance test, with installation on schedule for early 2023.

The Dragon 4 kite generates electricity from low-flow tidal streams and underwater ocean currents - the hydrodynamic lift force created by the current moves the kite, which is autonomously steered in a figure of eight, pushing the kite's turbine through the water. In this way, the turbine actually experiences water flow several times higher than the actual current speed.

Ultimately, the Hestfjord array will have a capacity of about 30MW, with 24 tidal kite systems producing 1.2MW each.

Hestfjord itself is estimated to have an annual yield of 84GWh - incredibly, this represents a whopping 20% of the total energy used by the Faroe Islands in 2021.

It is very exciting to see tidal energy devices, particularly those using low-flow streams, scaling up - and no surprise to hear that Minesto was part of the Swedish delegation at COP27, highlighting the Faroe Islands as an inspirational case study of clean energy transition. 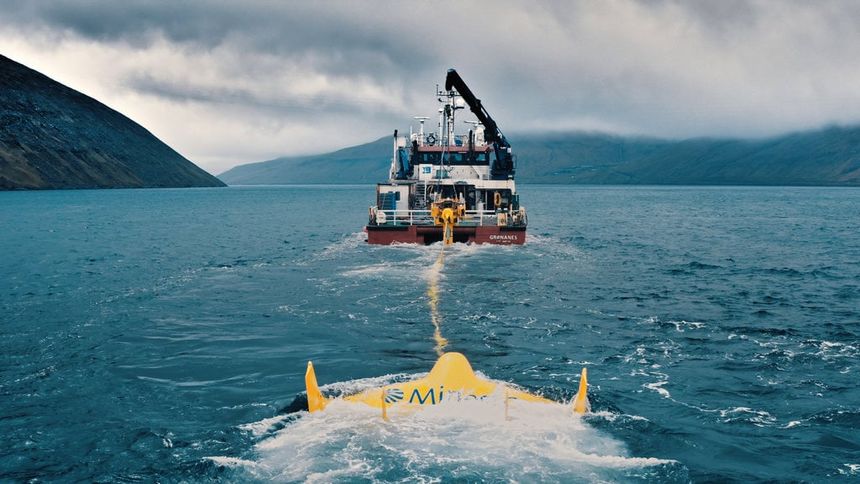