This browser is not actively supported anymore. For the best passle experience, we strongly recommend you upgrade your browser.
All Posts
June 21, 2022 | 2 minutes read 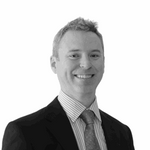 The European Patent Office (EPO) announced the winners of their 2022 European Inventor Awards on 21 June 2022.

Amongst the finalists in the Research category were Johan Martens, Tom Bosserez and Jan Rongé. who have invented a solar panel that produces clean hydrogen gas from sunlight and ambient moisture, potentially providing an alternative source of green energy for buildings.  According to the EPO, Martens, Bosserez and Rongé created materials to absorb ambient humidity during the night and trigger chemical reactions during the day, when sunlight strikes the water molecules and splits them into oxygen and hydrogen gases. Unlike previous laboratory attempts to split water using sunlight, the invention requires no external supply of pure water and is composed entirely of cheap and abundant materials. According to the inventors, twenty panels would provide enough heat and electricity for a modern building to make it through a typical Belgian winter. By modifying the design, the panels could be tailored to specific climatic conditions, such as in drier areas in Africa or on rooftops with low sun exposure in Nordic countries.  Martens has worked with Bosserez and Rongé on the solar hydrogen panel at KU Leuven since 2013 and they are currently field-testing their technology. The trio plan to establish a spin-off company later this year, leaving them placed to capitalise on the green hydrogen market that is estimated to grow to over EUR 3 billion within the next five years.

Also amongst the finalists in the Small and Medium Sized Enterprise (SME) category were Nuno Correia, Carla Gomes and their team who have developed a mooring platform for floating solar farms that tracks the sun. According to the EPO, their system can increase photovoltaic panel efficiency, providing an incentive for further investment in floating solar farm technology.  Correia and Gomes are engineers at the Portuguese Research and Technology Organisation (INEGI). SolarisFloat, a technology provider for solar energy projects, contracted INEGI to develop the system. With commercial roll-out imminent, the mooring platform is well placed for the floating solar market which is projected to grow by 24.53% between 2022 and 2030 and expected to reach EUR 1.95 billion by 2027.

It is also notable that the winners of the 2021 European Inventor Award in the SME category, Henrik Lindström and Giovanni Fili (SE), won their award for their flexible solar cells for portable devices.   Lindström and Fili have since commercialised their patented invention, called Powerfoyle®, through Exeger Operations AB®. The solar film is highly versatile and can be printed in different colours and manufactured in various shapes or patterns. The solar film is also designed for charging devices using either sunlight or indoor lighting.  It was first integrated into bike helmets that use self-charging lights, but can also be used to power headphones, speakers, smartphones, e-readers and sensors for IoT applications for example for installation on surfaces such as façades, rooftops and windows.

Despite the disparate nature of these solar power technologies, the inventors are all united in their belief that patents are crucial for success, not just for protecting market position, but also for securing and protecting investment, and when collaborating with third parties.