This browser is not actively supported anymore. For the best passle experience, we strongly recommend you upgrade your browser.
All Posts
May 18, 2022 | 1 minute read

Aquantis, based in Santa Barbara, California, is set to become the first US company to physically test a tidal power device at the European Marine Energy Centre (EMEC) in Orkney, Scotland, according to a recent article from The Engineer.

Aquantis' Tidal Power Tug is a floating tidal energy converter that uses ocean currents to generate electricity. The Tug comprises a spar-buoy platform, moored to the seabed, supporting a two-bladed rotor with a 10 metre diameter. EMEC will support a six month test at the Shapinsay Sound site using its Test Support Buoy, which will communicate remotely with Aquantis' device and supply it with power and navigation. Shapinsay has fairly gentle tides, and so acts as a "stepping stone" between test tank, and real sea conditions.

Aquantis, founded in 2011, already has nine granted patents for its turbine technology, with three more in progress. Its chief commercial officer said that the test of the Tidal Power Tug at EMEC's Shapinsay Sound site “promises to be a truly exciting moment for the Aquantis team as we prepare for deployment into the UK market.”

Business and Energy Secretary Kwasi Kwarteng recently said that "As an island nation we are perfectly placed to capitalise on clean marine energy, building on our booming offshore wind sector which is now a British industrial success story." The attraction of test sites such as Shapinsay to companies from around the world goes to show that, with the right investment, the UK can lead the way in the future of #marineenergy.

The Shapinsay Sound test site provides a perfect testing ground for Aquantis. The scale test sites are designed to provide developers with their first real-sea experiences, in gentler conditions to our grid-connected sites, so that they can get to grips with installation processes, test survivability in the gritty, salty sea environment and collect data to verify models developed during tank testing. 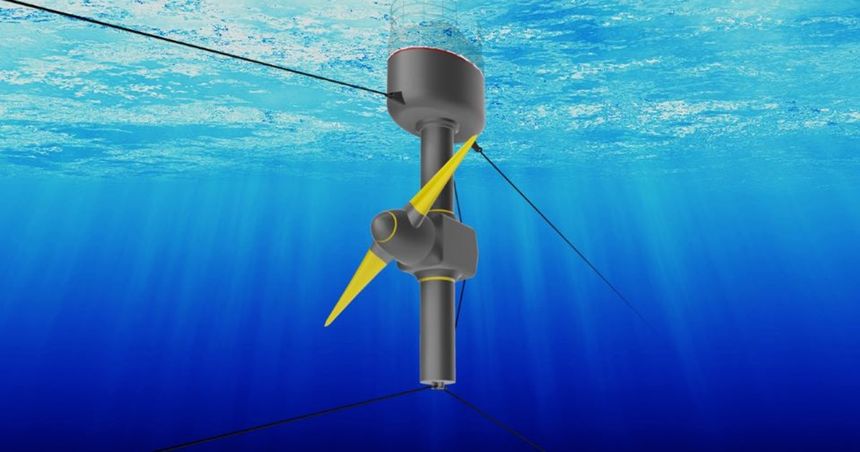