This browser is not actively supported anymore. For the best passle experience, we strongly recommend you upgrade your browser.
All Posts Subscribe
July 18, 2022 | less than a minute read

Drone superhighway announced for the UK 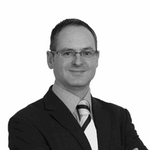 The field of drones continues to develop at a rapid pace, from the hobbyists like myself flying First Person View (FPV) quadcopters for fun, to semi or fully autonomous Unmanned Air Vehicles (UAVs) for surveillance and payload delivery.

A consortium led by Reading based Altitude Angel has been given the go-ahead by the UK government for a project called "Skyway". The aim of this project is to create a 165 mile (265km) drone superhighway (a dedicated lane of airspace for cargo drones) to link cities and towns throughout the Midlands to the Southeast of the country, including Reading, Oxford, Milton Keynes, Cambridge, Coventry and Rugby over the next two years.

Skyway will collaborate to deploy a ground-based, networked ‘Detect And Avoid’ solution, which ‘stitches’ data from multiple sources together in real-time to create an ultra-high-resolution moving map of the low-altitude sky that will connect a drone’s guidance and communication systems into a virtual superhighway system. This enables drones to be guided safely through ‘corridors’, onward to their destinations, using only a software integration.

Further details were announced at this year's Farnborough International Air Show (running 18th July to 22nd July), which is being attended by Marks & Clerk LLP colleagues.

The UK is set to become home to the world's largest automated drone superhighway within the next two years. The drones will be used on the 164-mile Skyway project connecting towns and cities, including Cambridge and Rugby. It is part of a £273m funding package for the aerospace sector which will be revealed by Business Secretary Kwasi Kwarteng on Monday.