This browser is not actively supported anymore. For the best passle experience, we strongly recommend you upgrade your browser.
All Posts
June 8, 2022 | 2 minutes read 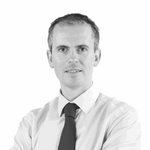 There’s a light-hearted rivalry in my office between the patent attorneys that specialise in mechanical inventions, and those like myself that focus more on electronics and software related inventions. So when I read here about a recent trans-Atlantic voyage by the Artificial Intelligence (AI) powered Mayflower Autonomous Ship, I couldn’t help but smile a little when I read:

"The technology that makes up the autonomous system worked perfectly, flawlessly,” said Rob High, an IBM computing executive involved in the project. “Mechanically, we did run into problems."

I think I’ll chalk that up as a win for my corner of the office!

We may now be accustomed to the fact that much of our everyday lives are, to at least some extent, influenced by the use of AI. Think of fraud prevention for banking transactions, cybersecurity, virtual assistants.... the list goes on.

However, I still find it fascinating to see hugely ambitious projects, such as the Mayflower Autonomous Ship, putting AI to practical use. There really is something that captures the imagination about the lonely, crewless (and perhaps even slightly eerie) Mayflower Autonomous Ship navigating the high seas, solely under the control of an AI captain.

With that said – I am not surprised by this feat. The use of AI in shipping has long been touted as a means to reduce costs, increase safety and improve efficiency. The successful voyage of the Mayflower Autonomous Ship, albeit with a few mechanical hiccups en route, may mark just one more milestone in paving the way towards fully autonomous shipping.

The Mayflower Autonomous Ship clearly represents a very practical example of the use of AI to control a real-world application. From an IP perspective, seeking protection for AI-based inventions can be somewhat simplified when it can be clearly demonstrated that the invention has “technical character”, such as controlling a physical entity e.g. a component of a ship.

Indeed, the likelihood of an application for a patent for an AI-based invention being granted is generally much higher in fields where such technical character may be easier to demonstrate.

Marks & Clerk's “AI Report 2022” provides a long-term trend analysis of AI patents and applications at the European Patent Office (EPO), and gives some interesting insights into the allowability of AI patent applications in different fields. The data provided clearly shows that sectors with above average allowance rates are those which the EPO has historically deemed to be “technical”, such as transportation and agriculture. Conversely, the sectors with below average allowance rates are those the EPO has historically deemed “non-technical”, such as business, banking and finance.

In particular, it can be seen that the general field of transportation is a clear leader, with an allowance rate of nearly 70%.

To read the full “AI Report 2022”, you can download the report here or via our AI page on the Marks & Clerk website.

"A crewless robotic boat has retraced the 17th-century sea voyage of the Mayflower...."