This browser is not actively supported anymore. For the best passle experience, we strongly recommend you upgrade your browser.
All Posts
February 9, 2022 | 1 minute read 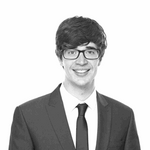 Alkaline fuel cells (AFCs) have been around for long time, for example, they were used in in the U.S. space program to produce electrical energy and water on-board spacecraft. AFCs are attractive due their ability to use non-precious metals as catalysts while operating at lower temperatures, thereby offering a cost effective system. However, their susceptibility to CO2 poisoning has often held back their wider use. The development of polymer membrane to transport the hydroxide anions (Alkaline Membrane Fuel Cells (AMFCs) or Hydroxide Exchange Membrane Fuel Cells (HEMFC)) has managed to lower the susceptibility to CO2 poisoning compared to the traditional liquid-electrolyte AFCs, but CO2 poisoning is still considered a key challenge for their commercial development.

In an exciting turn, researchers for the University of Delaware have turned this problem to their advantage. Specifically, they have utilised how effective the fuel cells are at capturing CO2 to create a new separation system, the results of which have been published in Nature Energy and commented on in Engineering and Technology.

The researchers built their electrochemically driven CO2 separator using a shorted-circuited membrane. This separator is powered by hydrogen but unlike a fuel cell does not need electrical wires, bipolar plates or current collectors.

The separator is envisaged for purifying the air feed into HEMFCs, but could also find application in other areas. It therefore presents an exciting development that we intend to follow.

Finally, we are pleased to see a reference to the technology being patented, which will allow the University to get a return on its investment and fund further exciting research.

Once we dug into the mechanism, we realised the fuel cells were capturing just about every bit of carbon dioxide that came into them, and they were great at separating it to the other side,