This browser is not actively supported anymore. For the best passle experience, we strongly recommend you upgrade your browser.
All Posts
November 23, 2021 | 1 minute read 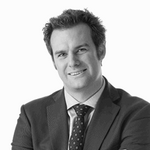 Having had the pleasure of watching Four Tet on numerous occasions, including recently at the Warehouse Project in Manchester, I was interested to read this article about Four Tet challenging the record label, Domino Recordings, that owns the rights to some of his earlier recordings, on the grounds that he believes he does not receive a reasonable royalty derived from the streaming of his work.

In a nutshell, the agreement between the artist and the record company was signed back in 2001, before the advent of streaming services, and, in fact, the same year that the iPod was released. Four Tet alleges that, given that the agreement was made before the existence of streaming services, sales via this medium are not covered by the agreement and that, whilst the contract states that record sales are subject to a royalty rate of 18%, a higher rate of 50% for downloads and streaming revenue would be reasonable, given the reduced rate of income derived from these media.

The action brought by Four Tet is to be heard before the Intellectual Property Enterprise Court, which is a forum well suited to this sort of dispute, given its relatively low cost.

It will be interesting to see whether, given the way in which listening habits of consumers has changed so dramatically over the last decade, Four Tet's action will be successful and whether this, in turn, causes a flurry of artists with dated agreements with record companies to lobby for a higher royalty rate for the use of their music on streaming and download services.