This browser is not actively supported anymore. For the best passle experience, we strongly recommend you upgrade your browser.
All Posts
September 8, 2022 | 1 minute read 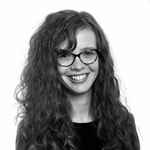 Amazon and WWE have also worked with Middlesex County Prosecutor’s Office in New Jersey to file felony counterfeiting charges against two connected individuals in relation to the sale of the counterfeit belts.

This latest example of Amazon working alongside brands to file lawsuits against counterfeiters on its platform demonstrates a clear commitment to taking action, as also shown in their second annual Brand Protection Report released earlier this year. The company reports having invested over $900 million in 2021 in an effort to continue protecting its customer base and genuine sellers from counterfeiters and fraudsters. This investment allowed Amazon to identify, seize and dispose of over 3 million counterfeit products and to sue or refer for investigation over 600 responsible counterfeiters in the UK, US, EU and China (an impressive increase of 300% from 2020). The Amazon Counterfeit Crimes Unit also filed civil litigation against more than 170 counterfeiters in the US. The retailer has previously worked alongside brands such as GoPro and Cartier to file joint lawsuits against bad actors operating on its platform

The success of this anti-counterfeiting work seems to have also contributed to an increase in the number of brands using Amazon’s protection tools. Their Brand Registry now reportedly includes over 700,000 active brands, which is a notable increase of 40% from 2020’s figures and indicates that Amazon’s impressive anti-counterfeiting statistics are a powerful advertisement for its services.